TVLINE | Awake assembled such a solid ensemble of actors – is it a tease that you probably won’t ever work with half of them?
It’s true – and even less than that. Mostly, I really just work with Jason. Kind of all of us only work with Jason! In the precinct they kind of cross over, with Laura Innes and Wilmer [Valderrama] and what not. But I don’t get any Rex, I don’t get any Dr. Evans (played by Cherry Jones)…. And yet I have yet to see Dr. Lee (BD Wong) in a scene.

TVLINE | I’m curious, do you even read the script pages regarding the other, “green” reality?
I do. I’m too curious not to. It kind of, as Michael goes along, informs us about who he is and what he’s discovering and unraveling, and it helps on my side to know. Or, you’ll have like that instance in the one episode where he brought the knowledge of the fabric softener over to Rex… and the knowledge about the motorcycle [hobby]…. It’s interesting to see how he processes new information, and gains from it in both worlds.

TVLINE | In this week’s episode, Hannah is thinking about making a literal move.
That’s right. Hannah is taking the initiative and applying to law school, and Oregon is what she’s got her eyes on. She goes up there and walks around the campus, while Dr. Lee poses a really challenging question to Michael: “Most marriages don’t survive a loss of a child. Do you know that Hannah is really just wanting to move to Oregon, or does she want to leave you?” I think its something he’s been in denial about, so he grows uncertain and insecure about the relationship.

TVLINE | Is it simply a natural instinct for Hannah to want to get away, geographically, from where this loss was sustained? Or is she sincerely pursing her best lead?
She had Rex very young, so maybe there’s a lot that she didn’t get to explore as a young woman. And now, being childless, there’s a new opportunity. But really, I believe she’s looking anywhere for hope, for a new opportunity, for a way to start new. It’s not that she wants to forget Rex or replace him, but she doesn’t need the house, she doesn’t need the constant reminders. Living in the town where she lost her son and is ambushed daily and thought of as “a mother who lost her son”…. How do you move on from that?

TVLINE | In the pilot there was a small moment where, in bed, Hannah said, “Tell him I love him.” It seemed to be the slightest acknowledgement of her quasi-acceptance of what Michael is experiencing. Will we get any more exchanges like that?
There’s a rift in their relationship because he tries to present her with this dreamscape that he’s got about Rex, and all this new information that he gains in what she thinks is his sleep. It is really discouraging for her that he’s not moving forward, that they’re on completely different timetables in their grieving process. And yet at the end of the pilot – maybe it’s that “beta” zone you go into when you’re falling asleep — she wants to suspend disbelief and say, “All right, if you do see him in your dreams, give him this message, because I can’t.” I like to think she’s not all practical, that she has an open mind to some degree that there’s communication he can have with Rex. But no, it’s not further explored.

TVLINE | The home scenes deliver almost all of the emotional gut punches on this show. Do you ever cry when reading a script for the first time?
Ohhhhh, yeah…. I take notes reading the script for the first time because my very first reaction is the one that I want to bring to camera, and yeah, even reading the pilot for the first time, you can’t help but want to reconcile these two worlds for Michael – and yet there’s no perfect answer. One of them is real, one of them is a dream. What I think the writers do so well with Hannah is she is very clearly just dealing with straightforward grief, and yet…

TVLINE | She stumbles upon moments of joy, like the discovery of Rex’s motorcycle hobby. You see her just standing there, absorbing this new information about a son she no longer has.
Yes! It’s like pulling threads and certain things begin to unravel, and she sees a new part of Rex that she hadn’t seen before. I imagine that people who have experienced loss like this get months into it and then go, “Holy s—t. What? He had a girlfriend?” And it’s almost like he comes alive for a moment again.

TVLINE | Will we ever get flashbacks to Hannah and Rex together?
We will. We kept saying to Dylan [Minette, who plays Rex], “You’re growing up – how are they going to do flashbacks?” He’s getting taller every day. [Laughs] But we do get to do a little bit of flashback.

TVLINE | Before we go, one last tease about something that’s coming up.
Michael starts to doubt his own sanity. He goes into a bit of a tailspin as the season progresses. Everybody’s questioning — especially his therapists — how can he keep one dream world going and progress in the other, and he starts to lose his mind a bit.

TVLINE | Jason told me that by the season finale, viewers will realize they’ve been holding their breath for a few weeks.
Oh yes. Oh yeah. The last three [episodes] are quite a ride. 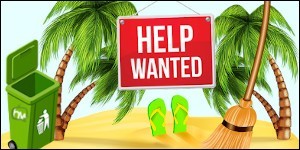 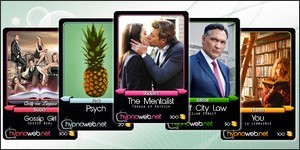