“I kind of think of this show as a mashup of The Andromeda Strain, John Carpenter’s The Thing and The Walking Dead,” Billy Campbell tells me of his new Syfy series Helix, premiering Jan. 10. Prior to the interview, watching the pilot, that is almost exactly what I thought about this 13-episode thriller (except, for me, parts of the show called to mind 28 Days Later more so than The Walking Dead).

Helix does indeed combine classic sci-fi elements from those titles — a disease outbreak, a group of people at a fairly claustrophobic, remote Arctic outpost, and, eventually, at least one zombie-like creation from the virus — and does so effectively, and with a chilling ambience, from the first two episodes I’ve seen. The series comes from Ronald D. Moore (Battlestar Galactica), Steven Maeda (Lost) and Lynda Obst (Sleepless in Seattle), who all serve as executive producers.

“I’m a big sci-fi fan, and certainly I’m a big Ron Moore fan,” Campbell says, “so when my agents put [Helix] on my radar I was quite excited.”

Campbell may have been excited for good reason, as the show seems to have the potential to be another hit for Syfy. Certainly the premise is gripping enough — a team of scientists, led by CDC scientist Dr. Alan Farragut (Campbell), travels far north to a mysterious high-tech research facility called Arctic BioSystems to investigate a possible disease outbreak. Farragut is accompanied by his ex-wife, Dr. Julia Walker (Kyra Zagorsky), a young assistant, Dr. Sarah Jordan (Jordan Hayes), and a representative from the Army, Maj. Sergio Balleseros (Mark Ghanimé), who may have less-than-honorable motives. Leading the facility is Dr. Hiroshi Hatake (played with a quiet sense of growing menace and mystery by Hiroyuki Sanada).

While there to stop a potential outbreak, Farragut’s mission also proves personal — his brother, Dr. Peter Farragut (Neil Napier), has become a victim of whatever is afflicting the base. And while Peter is initially at death’s door, toward the end of the first episode he suddenly gains new life, and perhaps a no-longer-human life. Peter is transforming into something, we aren’t sure immediately what, and is loose on the base, posing a great danger.

Add to that some backstory involving the breakup of Alan and Julia’s marriage due to her brief affair with Peter, a potential love triangle between Alan, Julia and Jordan, and the ongoing questions of just what Arctic BioSystems and its close-lipped director are actually up to, and the storyline surrounding the pilot of Helix is infectious enough to make me want to see more.

“That’s kind of the joy of the show,” Campbell agrees. “There are many layers, and we’re digging right to the center of the onion.”

I talked with Campbell while he had two episodes of Helix yet to film, and he explained how the show’s mysteries are sometimes even kept from the actors until close to shooting.

“We get the scripts about a week or two weeks in advance of shooting,” Campbell explains, “and that’s [the writers’] purview. They’re figuring out the broad strokes. We’re concerned with the details. So we work pretty much in the dark until we get the new scripts, and then we have the joy of sitting down and finding out what’s going on.” 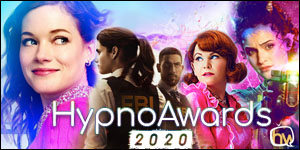